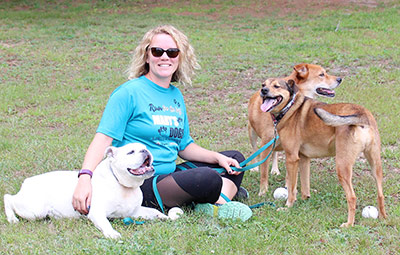 Allyson and her family adopted Buddy from Mary’s Dogs in June 2011 (two other dogs Dori, and Buster became foster "failures" later on). Buddy’s shy demeanor encouraged her to reach out to Mary for help. Soon, Allyson was volunteering, fostering, and by January 2012, officially a rescue team member. She has learned more than she knew there was to learn about dogs and dog rescue, and has made friends with numerous wonderful people along the way. Allyson became Executive Director of Mary’s Dogs in August 2016.

Allyson lives on the seacoast with her family. She is a full time Preschool Special Educator and spends her “off time” exploring the woods with her own dogs, taxiing her children to varying activities, and cheering on the Patriots.

Donna Jensen, Board of Directors 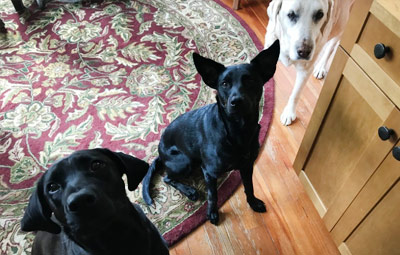 Donna has served on the Mary's Dogs Board of Directors since it was instituted in 2016. She writes and manages the organization's electronic newsletter. Donna lives with her husband Jeff and their three dogs: Quinn (Boston Save a Dog rescued from Ohio), Odin (Labs4Rescue rescued from Georgia), and Stella (Mary's Dogs Rescue and Adoption rescued from Arkansas). 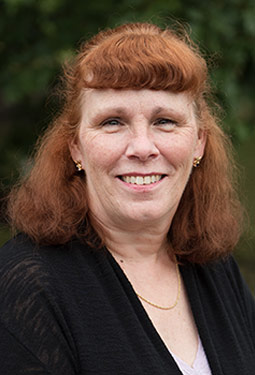 Ellen Griffin
Ellen found Mary’s Dogs in 2011 when she was looking to add a 4 legged member to her family. She adopted Gatsby, and then later adopted Mila. Ellen’s background in Human Resources has made her an asset to the rescue as the Co-Chair of the Board of Directors. Ellen attends each adoption night with the team and makes sure all paperwork is in order. Ellen loves the fabulous people at Mary’s Dogs and helping the pups find their forever homes. Ellen has grown children and spends her free time volunteering with Marine Parents in addition to Mary’s Dogs. 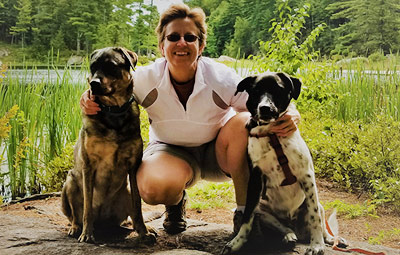 Kelly resides in Deerfield NH with her partner (Karen), two dogs (Harbor & Finnegan) and cat (Pocahontas).  She has been in the Natural Food Industry for the past 22 years and currently is the  National Retail Sales Director for Harbar LLC based out of Canton MA.  Kelly began volunteering at Mary’s Dogs Rescue & Adoption in Feb of 2013 when she and Karen adopted their first dog and has continued with volunteer efforts ever since. Kelly and Karen recently adopted their second dog after their first go at fostering. As a member of the Board of Directors Kelly’s primary involvement to date has been as a member of the Fundraising Committee. With team efforts they have developed a variety of annual fundraising events (“Run for the Dogs 5k”and Corn Hole Tournament being the two largest) and work with local community businesses in other events (Hunts Photography Pet Classes, Scamman Farms Fall Festival, Fisher Cats Baseball Pet Adoption Night etc). Kelly strongly believes in the mission of the rescue and strive to build Mary’s Dogs Rescue & Adoption into the most financially solid non-profit dog rescue that we can be.  It is not only important for the long term success of the rescue but also critical as we simultaneously continue to support the spay and neuter programs of our fellow southern rescues.  “Live…Love…Bark!”.

Melinda Shofner
Melinda Shofner began as a foster and volunteer for the rescue 4 1/2 years ago. Melinda’s focus has been in fundraising. With the support of the fundraising committee, Melinda has successfully ran 2 annual “Run for the Dogs” 5K events for Mary’s Dogs. Melinda’s children insist on volunteering as well and call their time volunteering with the dogs as "our happy place."  A high school college and career counselor, Melinda also enjoys pottery, metal clay and running with her dogs.  She lives in Barrington, NH with her husband Darren and children, Maia and Max. 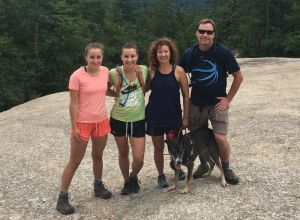 Soon after adopting their fur baby Mira in 2012, Michelle  and her two teen daughters began volunteering. Her family has also enjoyed fostering dozens of Mary’s Dogs over the years. Michelle happily accepted the invitation to join the board in 2015 and, as a digital marketing professional, she often assists with marketing initiatives for Mary's Dogs.

Bree Marston, Board of Directors, Secretary
Bree works with humans by day as a Human Resources Project Manager, but dreams of the day she can just rescue dogs.  Bree lives in Nottingham with her husband, 3 kids, 2 dogs, and 1 cat.

Cari Bourn, Board Member, Foster, Dog Walker
Cari became involved with Mary’s Dogs when she started fostering dogs who were waiting to find their forever home. She recently adopted a wonderful pup named Finn from Mary’s and he and Cari share their home with her husband, three kids and a cat named Boots. 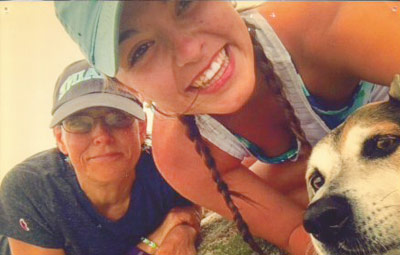 Lisa is a middle school teacher who loves dogs! She has two grown children and lives with her husband and dog, Manny (aka Timmy), a wonderful 14 year old rescued hound. 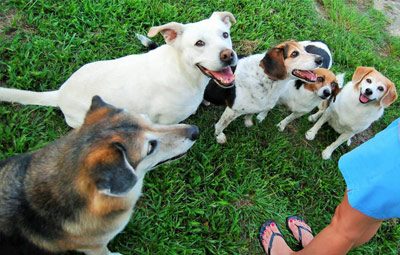 After obtaining degrees in Sociology and Business Administration, April worked as a substance abuse counselor and small business owner for several years. After volunteering for animal rescue transports and seeing the difference they made, she found her purpose in animal rescue and advocacy. She loves this field as the difference it makes for homeless pups is life changing and lifesaving! 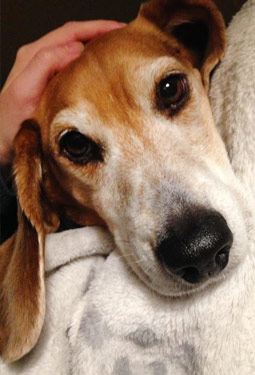 Erin Heinzman Adoptions Director
Erin joined the team as an Adoption Coordinator. Her organizational skills and clear “obsession” with finding the right home for each dog soon brought her to the Director role. Adoption night is her favorite as she can see the “fruits of her labor” watching each dog meet their families! She has worked with many species of animals for over 10 years (including tigers!). In her spare time she likes to hang out with her own dogs and do Historical Reenacting with her family." 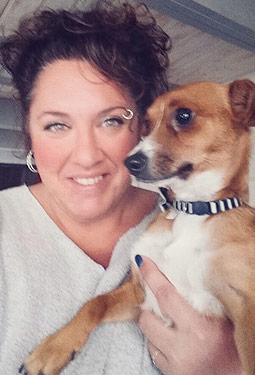 Stacey Elliott-Assistant Director
After nearly 20 years working in a classroom, Stacey decided to go back to school, so she could
help save animals. Stacey is a Certified Medical Assistant and has found a passion for saving dogs.
Stacey works closely with our veterinarian and Executive Director to help manage all aspects
of rescue and adoption. Stacey has 3 rescue dogs of her own. 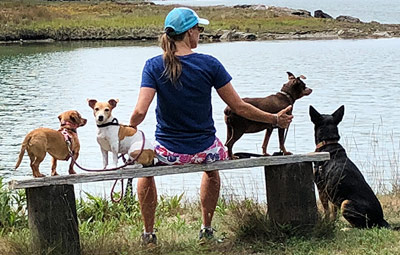 Brittany is a lifelong animal lover who has found that her happy place is with rescue dogs. Working in quarantine, She’s lucky enough to get to play with and love your puppies before they go home to you. What more could anyone wish for in a job than endless puppy kisses? â¨â¨Brittany lives with her husband and their 5 children, 4 dogs, and numerous other animals in small town NH.

Lily Marston
Lily is a senior in High School who began volunteering at the young age of 14. Her sense of humor, love for the dogs and positive attitude showed us that we had to have her on the team officially as soon as she was of “working age”. Lily lives at home with her family and their two dogs. Tommy (pitbull rescue from Mary’s Dogs) is the gentlest guy and shows that he is grateful everyday for his second chance by smiling all day long. 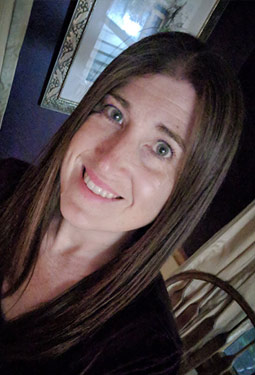 Carrie Cormier
Carrie started as a volunteer after adopting her two dogs, Pippa and Ginger, from Mary's Dogs. She quickly transitioned to an official employee and is into her third year with us. Carrie is an elementary music teacher and enjoys playing music professionally and for fun. She is involved in coaching youth sports in and lives in New Ipswich, NH with her husband and their two children.


Joyce Barker
Joyce has been with the rescue almost since it's inception in 2011. She has held many positions and currently sends all check ins to adopters on a schedule for the first year of adoption. Joyce lives in Maine with her own children and dogs. She enjoys this work and is an asset to our team.

Ready to Adopt?
Complete our Questionnaire

Mary's Dogs Rescue & Adoption is a 501(c)(3) tax exempt charitable organization and gratefully accepts any and all donations. Your donation is tax exempt and will help continue our outreach to southern shelters and rescues, and sponsor animals that need special care.

Thank-you for your generous donation!